Mother Rika V brings the interesting blood of Quinar (Quidam de Revel) who competed at international level under the saddle of Jos Lansink. He has produced 22 1m60 jumping horses.

Cristar descends from one of the best Holsteiner damlines: Stamm 162. The stallions Canturo (Cantus), Cancara (Cassini I), Cascavelle (Cantus), Feinschnitt I/II van de Richter (Wendekreis) and Non Stop (Darco) are coming from this damline. Including the sporthorses; Canturo who jumped at the Olympic Games of 2004 in Athens under the saddle of Bernardo Alves, Cöster (Calato) who became team and individual European champion under the saddle of Christian Ahlmann in 2003, Waterford Crystal (Landgraf I) under the saddle of Cian O’ Connor who jumped at 1m60. 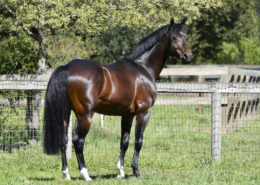 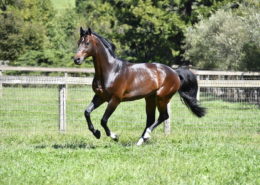 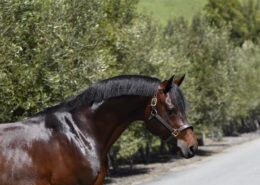 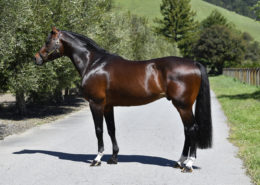